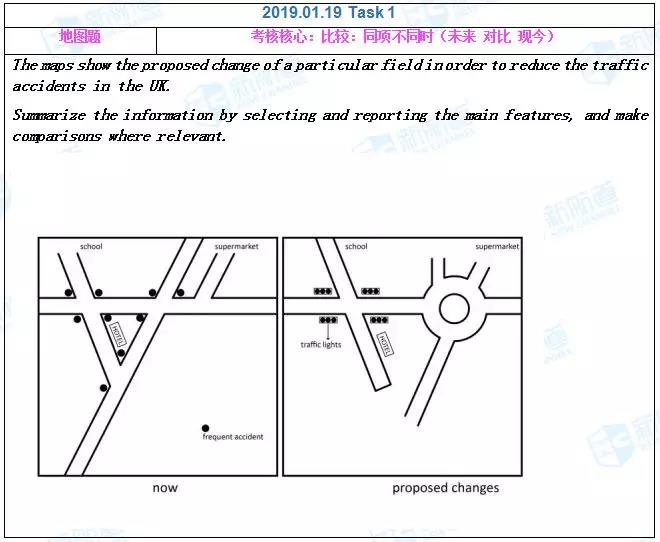 The maps illustrate the present conditions of a particular field in the UK and the proposed changes of the field for the purpose of reducing traffic accidents.

笔者决定按照从西往东，即平面图上的从左到右，的顺序展开写作→ In terms of thehorizontal road, the west intersection, where accidents currently happen at each of the four corners, will no longer expect accidents as traffic lights will be installed at each corner. ←写完西头写东头，考虑逻辑连接词，笔者觉得meanwhile挺合适→ Meanwhile, a major change will happen to the two intersections that are near the east end. ←由于变化比较大比较复杂，笔者决定用先总写再分写细节的方式展开写作内容→ To be specific, where the roads meet, the streams of traffic will flow into a roundabout, and with this change, it is expected that there will be no traffic accidents. The other dramatic difference is that the road that starts at the school and goes southeast will no longerextend further but stop immediately after it passes the hotel. ←先写完道路本身的情况，再用“换句话说”的方式，说明这条路和别的路的关系发生的变化→ In other words, the road will not intersect with the northeast-southwest road, and 用说明结果的方式，讲一下交通事故的发生率的变化→ as a result, no traffic accidents are expected since the current meeting point will be removed.

Overall, 先宏观描述整体情况→ the general pattern of the roads will remain the way it is now, 再描述重要细节→ and where the change will be made, the incidence of traffic accidents is predicted to beeliminated. 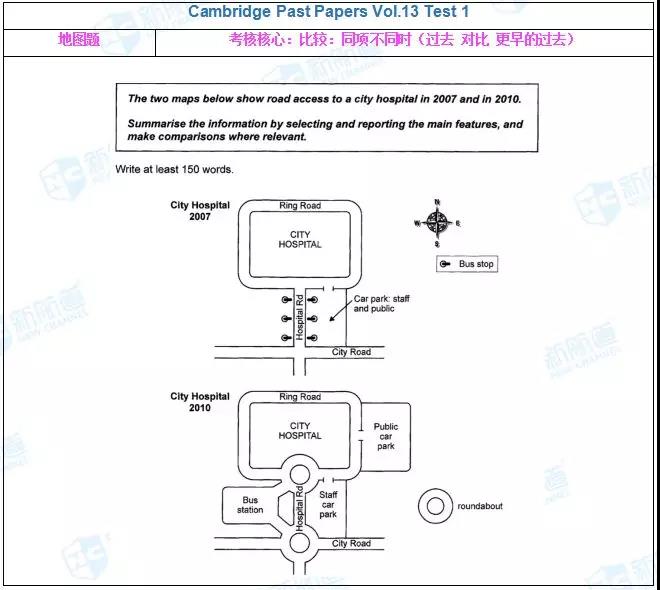 The two maps illustrate how road access to the hospital in 2010 was different from it was in 2007.

One difference,most distinguishing,was the addition of a car park.In 2010,the original shared car park became exclusive for the hospital’s staff,and the public could use the new car park,which was located east of the hospital building and accessible from Ring Road,to access the hospital via the east entrance,an entry point that was also new.

In addition,Hospital Road,going south to east to the hospital,had a makeover in 2010,also noticeably.First,the six bus stops on both sides of the road were removed.Second,there were two roundabouts at each end of the road and a bus station sitting on the road’s west side.In addition,as the roundabouts and the stations were connected,visitors could exit or enter the station from either roundabout.

Overall,access to the city hospital changed enormously,and the hospital became more accessible in 2010. 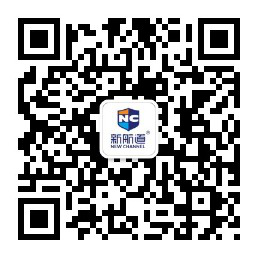 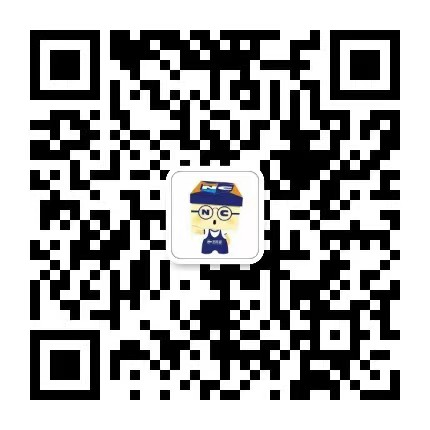